Pleasant odors can lift our spirits and improve our mood. The smell of coffee brewing or bacon frying can coax us out of bed in the morning. The scent of flowers or perfume may put is in a romantic frame of mind. Unpleasant odors can have the opposite effect. They can cause us to feel repelled and even cringe. Now you can make sure that only clean air is in your home with the Newaire Plugin Electronic Deodorizer.

We love our pets and may think they are wonderful, yet the smell we are used to may be unpleasant to others, and pet dander can be even worse. It may be because they are unpleasant, but bad odors seem to linger longer than the ones we like. Fortunately, those offensive indoor orders can easily be eliminated with the use of ozone generating air purifiers.

Ozone generators remove all unwanted odors from the air by destroying the molecules responsible, whether they are from mold, bacteria, smoke or other contaminants. Ozone (O3) is a reactive form of an oxygen molecule. It changes the chemical structure of pollutants so they are no longer offensive or harmful. Scented air sprays do not remove the odor causing particles from the air, they simply mask them by adding pleasant scents.

If you live in a home or apartment that has persistent and offensive odors from pets, food, tobacco smoke, mold, garbage or other sources, an ozone generator may be what is needed to allow you to breathe more easily. Ozone seeks out and destroys odors in the air. Ions created by coronal discharge cause dust particles in the air to clump into larger particles that fall to the ground to be vacuumed up.

For cleaning the air in a single room, the Newaire Plugin Series of ozone deodorizers are effective for cleaning odors from up to 500 sq/ft of air. Simply plug the device into an electrical wall outlet and let it start to remove the unpleasant odors from the air. The air quality is improved by a freshening infusion of enhanced ionization. This may be especially helpful for some one who has difficulty breathing in polluted or pollen filled air.

You may have a vehicle that smells bad, such as a used car, truck, minivan or commercial vehicle. You may have an old RV that smells musty after sitting unused for several months. The Newaire Auto Series II can safely eliminate the offensive odors from up to 250 sq/ft, giving you and your passengers a much more pleasant experience. Just plug it into a DC outlet, and it will go to work cleaning the air. It may even save your vacation in the case of a musty RV.

As always, contact the Ozone Experts anytime for help with choosing the right product for your needs.

With National Care about Indoor Air Month in full swing, we wanted to spend a few moments this week taking about the topic. What many Americans may not be cognizant of is how big a problem indoor air pollution really is. So we decided to start off with a few shocking statistics and then talk about how to eliminate odor naturally.

According to the U.S. Environmental Protection Agency, on a daily basis, each of us takes in roughly 3,000 gallons of air. For most of us, at least 16 hours of our day are spent indoors. Now couple that with the World Health Organization’s research. It indicates that poor indoor air quality contributes a notable amount to what’s known as the global burden of disease.

How much is a notable amount? In the early 2000s, when the last major study was conducted, the amount was 2.7 percent. At the time, the organization was also able to directly contribute indoor air pollution exposure to more than 1 million fatalities. That, in effect, made it one of the organization’s top 10 public health concerns.

Although it has been a while since another study of that magnitude was conducted, we doubt that much has changed for the better. After all, the results of the American Lung Association’s 2013 State of the Air Report were not something to celebrate. They indicated that more than 44 million human beings still live in areas around the globe that are known to have exceptionally poor outdoor air quality. So we can only imagine that indoor air quality in America still needs a lot of improvement too. 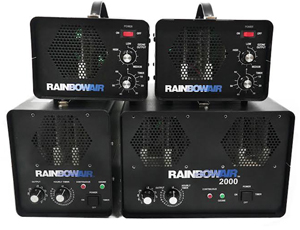 Selling a home is best accomplished when everything is firing on all cylinders, which means you want to avoid having any aspect of your home that could negatively impact your home selling experience. Poor odors throughout your home is a major problem that you want to eliminate in its entirety. Unfortunately, when you want to open the windows to improve your home’s overall feel, but have to combat with outside odors that creep into your home, you need to invest in reliable odor removal.

Prevent Outside Odors from Causing Problems

Although a potential buyer may understand that exterior odors are not actually coming from your home, they may feel reluctant to purchase your home as they may worry about keeping the odors outside. For instance, a future homeowner may intend on opening the windows on a daily basis, and you need to show them that this will not be a problem by using an odor neutralizer to maintain a neutral-smelling home.

It is only natural for your home to develop its own odors, which can come from various things, such as pets, furniture, and decorations. Although these odors are not always bad, you are better off to neutralize them because you do not want to cater to a particular preference. It is best to fill your home up with scents that are generally well-received to maximize your chance of impressing buyers.  The Rainbowair line of  ozone generators is a great choice for property management and Realtors.

When you do not have to worry about odors throughout your home, you can showcase a more attractive home. It is just one feature that will not be put down as a con for those who visit your home, and in some cases, you might be able to better your chances with the new scents that you are able to incorporate.

If you have any questions about removing odors from your home, contact us today.

We will be exhibiting our entire line of NewAire purifiers and commercial Ozone deodorizers at the International Hotel, Motel & Restaraunt (IHMRS) at the Jacob K. Javits Center tradeshow in NYC November 11-14.  If you are in the area, please be sure to stop by our booth (#1122) to see our latest air purification products.

During the month of october you can enjoy savings on our ozone units by mentioning code OCT1104 and save up to $100.oo off list price!

Remember…you MUST mention OCT1104 to recieve these savings!!

Ozone Air Purifiers in the making-we invite you to step inside our manufacturing facility to see the behind-the-scenes of what we do.

Welcome to the Ozone Experts!

Pam working on the circuit boards

Ozone generators ready to be shipped out!

Thanks for visiting us at the Ozone Experts!

Welcome to the Ozone Experts blog!  First let me thank you for taking the time to check us out.  My name is Susan Duffy; I am the president and owner of the Newaire, Queenaire, and Rainbowair lines of ozone products.  I personally have been selling this technology for over 20 years, and while I hate to age myself, I am very proud of the fact that I am still here selling a product that I have spent a big part of my life traveling from state to state touting the benefits of the technology to anyone who will listen to me.

The business has moved with me and my three children three times over the years and today operates out of our new 6600 sq/ft warehouse in my hometown in upstate NY right on the beautiful St. Lawrence River.  With my daughter Nicole Plumley now handling the day to day operations, I am happy to say that the business runs smoothly and continues to grow as ozone technology becomes more main stream and more and more users spread the word as to the magic of ozone.  There simply is nothing more effective on the face of this earth for eliminating odors, in fact ozone is how mother nature cleans the face of the earth.

For those of you that still don’t know what ozone is or how it works, simply put, it is the “fresh” in the air that blows through your windows and makes everything smell nice.  It is used by hotels, car dealers, apartment owners, nursing homes, schools, municipalities, grocery stores, restoration companies, homeowners and on and on…the common thread being the destruction of odor….naturally, permanently and completely.  For the most part the product has been used commercially so for a lot of people, ozone is still a mystery.

I write this blog in the hopes that we can spread the word, to help homeowners who are struggling with the cleanup after flood or smoke damage or a visit from a feisty rodant; it seems there is no end to devastation many homeowners are faced with these days.  Cleaning up is a major undertaking and for many just when you thought you were done, there is that lingering odor to remind you of the mess you had.  Restoration companies have used this technology for decades to clean up after a disaster.

If you have a story pertaining to an overwhelming odor that you have experienced, please share it with us!  I look forward to reading your stories.