With National Care about Indoor Air Month in full swing, we wanted to spend a few moments this week taking about the topic. What many Americans may not be cognizant of is how big a problem indoor air pollution really is. So we decided to start off with a few shocking statistics and then talk about how to eliminate odor naturally.

According to the U.S. Environmental Protection Agency, on a daily basis, each of us takes in roughly 3,000 gallons of air. For most of us, at least 16 hours of our day are spent indoors. Now couple that with the World Health Organization’s research. It indicates that poor indoor air quality contributes a notable amount to what’s known as the global burden of disease.

How much is a notable amount? In the early 2000s, when the last major study was conducted, the amount was 2.7 percent. At the time, the organization was also able to directly contribute indoor air pollution exposure to more than 1 million fatalities. That, in effect, made it one of the organization’s top 10 public health concerns.

Although it has been a while since another study of that magnitude was conducted, we doubt that much has changed for the better. After all, the results of the American Lung Association’s 2013 State of the Air Report were not something to celebrate. They indicated that more than 44 million human beings still live in areas around the globe that are known to have exceptionally poor outdoor air quality. So we can only imagine that indoor air quality in America still needs a lot of improvement too. 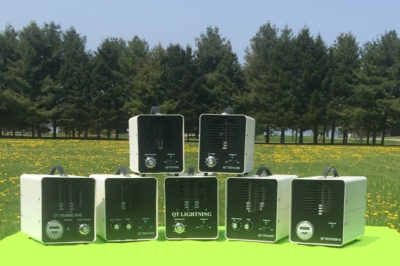 Congratulations to Sarah for winning the NewAire Plug-In Series II!!

"…one of my mother's tenants stuffed a dead fish down the bathroom sink. It took weeks after they moved out before she finally figured out what it was and to get rid of the stink after the fish was removed."

Rotting fish is nausiating and probably one of the worst odors out there!  Enjoy Sarah!